Nowhere in the world is the notion of terroir as true as in the Burgundian climates. The hand of man has shaped, delimited, and worked each parcel of land and made it unique. Typically Burgundian, a climate is a delimited parcel with specific geological and climatic conditions, like microgardens nested one within the other, forming a mosaic of world-famous hierarchical crus.

Since Antiquity, and even more so in the Middle Ages, the Burgundy vineyards have been on a major trade route.

The presence of two great rivers, the Yonne to the north and the Saône to the east, has contributed many great vineyards to its development outside the region and to its international reputation.

In 2015, two millennia after the first vines were planted, the precious climates were recognized as a UNESCO heritage site.

Each wine has a signature.

Jean-Baptiste and his father Marc try to bring out the best expression of terroirs in the wines through the resonance of music. A doctor friendof theirs made a technical sheet of the metals and minerals in each wine, considering that each amino acid corresponds to a musical note.

The result is a frequency, a particular vibration that can resonate with the appropriate music. Several tests have been carried out and it is clearly classical music that works best, particularly BACH and MOZART; with a preference for the latter because ¾ of his music was composed during childhood, which is a different frequency.

In short, all the wines are aged with MOZART.

Winemaker: Representing the sixth generation of the Jessiaume family Jean-Baptiste is proud to honor this history, leading today his own maison.

THE ORIGIN OF THE CROSS (on bottles)

The cross located at the exit of SANTENAY is called “La mission JESSIAUME”. The ancestor of Jean-Baptiste (second generation), very pious, had made a donation to the bishopric of DIJON, which in gratitude made the offering of the cross to the family. For the record, the same ancestor, touched but embarrassed, paid for the bells of the church in Santenay. Thus, if one goes up to the bell tower, one will see a bell on which is engraved ” Elisa Jessiaume “. 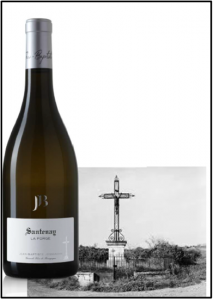 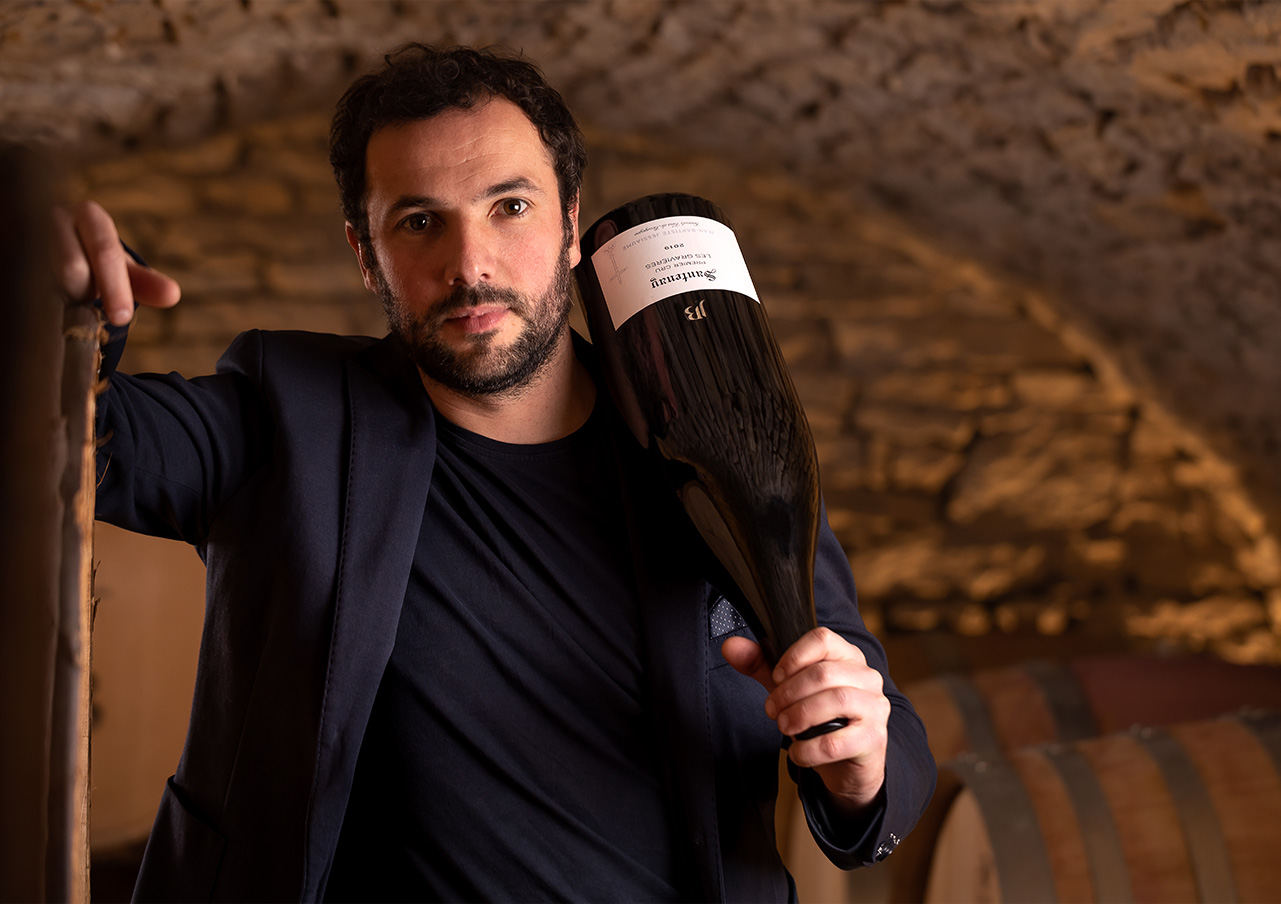 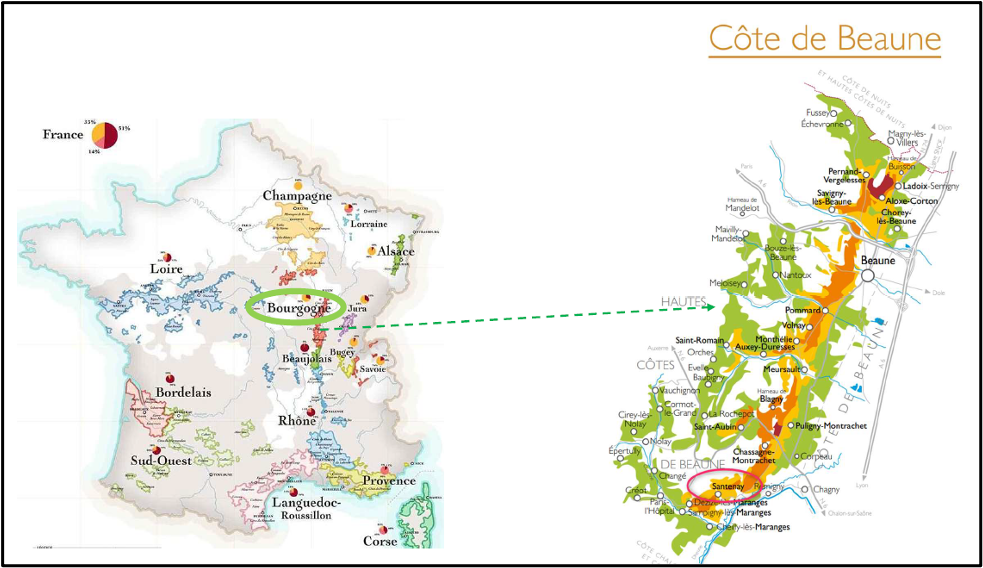 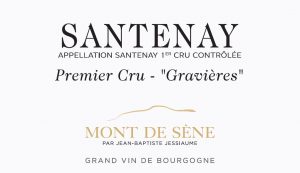 A deep purple color. Its nose is dense and powerful, with ripe fruit and spicy aromas. Ample and tender with delicate tannins in the mouth. A harmonious, balanced and distinguished wine.

Colored with golden-green reflections, the nose and mouth reveal aromas of apple with a dominant suppleness and a discreet acidity. There is a long aftertaste. 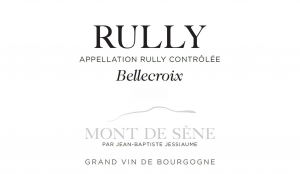 Colored with golden reflections. Its nose has sweet, floral and fresh almond aromas. A combination of freshness with tenseness and spicy notes in the mouth. 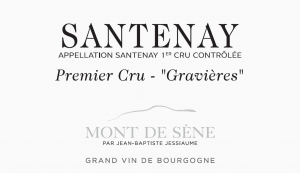 Its color is bright and clear. Its nose is fresh with mineral vigor and light notes of citrus and almonds. Elegant and creamy in the mouth, revealing all its finesse. 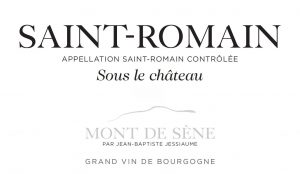 A robe with golden reflections. Its nose with sweet, floral, and fresh almond aromas. Its mouth associate freshness and tension with notes of spices.

To be served with shellfish, cheese, or fish. Serving temperature: 55° F 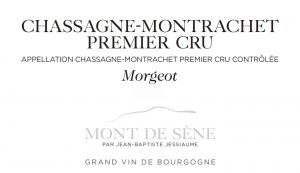 Colored with golden reflections. Its nose is a subtle mix between notes of white flowers and honey. Ample in the mouth with a nice structure.

A golden color. The nose presents citrus fruit and white flower aromas that evolve into notes of grilled almonds. It is supple, very well balanced, and distinguishes itself by its fine length in the mouth.

Pairs perfectly with fine cuts of veal or poultry in white sauce, grilled and sauced shellfish such as prawns, lobster or crayfish. Serving temperature: 55° F 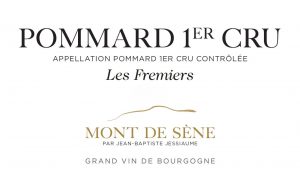 A ruby-colored robe with cherry reflections. Ring greedy with nuances of raspberry, blackberry, and blueberry but also a delicate touch of spice. On the palate, its tannins are powerful and fine, which makes this wine balanced and elegant. 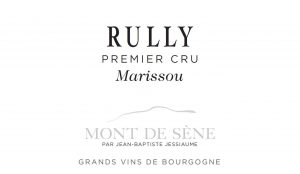 Colored with golden reflections. A nice complexity with a long finish in the mouth, it explodes on the palate with almond, acacia and fruity aromas including lychee and apricot.

To be served as an aperitif and as an accompaniment to all sea and river fish. Also served with white meats such as Bresse chicken with morels or veal in a cream sauce. Serving temperature: 55° F